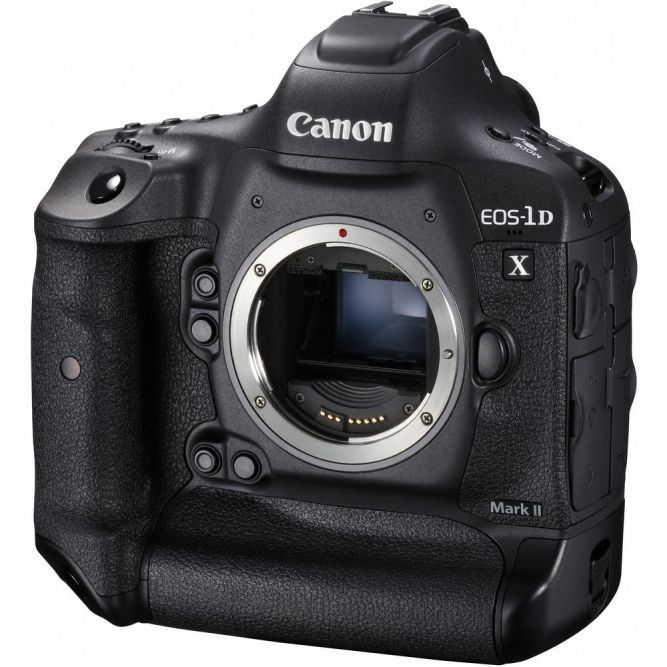 Key to the performance benchmarks achieved by the EOS-1D X Mark II camera, Dual DIGIC 6+ Image Processors not only convert the light that passes through the camera's sensor into high-quality photos and movies, but also enhance the camera's overall performance. Improvements include high-speed processing, up to 16-fps* operation for stills and 4K/60p movies, lens distortion and diffraction correction during operation with virtually no effect on the camera's speed, plus fast write times and much more.

The EOS-1D X Mark II is an incredibly capable camera for moviemaking. Thanks to its Dual DIGIC 6+ Image Processors and its advanced sensor, it can capture huge 4K (Motion JPEG) video at up to 60 fps, recording smoothly to CFast™ cards. It's the first EOS camera able to record Full HD video at 120 fps, easily displaying minute details imperceptible to the human eye and ideal for slow-motion video capture. With the camera's new touch panel display, AF points can be easily selected while the camera's rolling, and focus can be quickly confirmed with the EOS-1D X Mark II's 4K still frame grab feature*, wherein an 8.8-Megapixel still image can be selected for review and saved. Low-light performance is improved as well, with video recording at ISOs of up to 12800 in 4K and 25600 in Full HD. The EOS-1D X Mark II also features uncompressed HDMI output for Full HD videos, helping to facilitate video editing with minimal image degradation. Not to mention, it can also save videos as MP4s for easy playback on mobile devices.

The EOS-1D X Mark II camera has an amazingly advanced 360,000-pixel RGB+IR metering sensor and processor that greatly contribute to the camera's impressive AF performance for both stills and video. Thanks to a high resolution and infrared sensitivity combined with a refined detection algorithm, this new sensor improves the color and shape recognition of the EOS-1D X Mark II's iSA (Intelligent Subject Analysis) system, increasing the camera's ability to recognize subjects for faster, more precise AF, metering and exposure compensation. This additional exposure and subject information also helps the EOS-1D X Mark II's iTR (Intelligent Tracking and Recognition) AF system maintain focus on a moving subject with a greater level of consistency.

For professionals who demand nothing less than the best, the EOS-1D X Mark II camera is designed to perform superbly even in the most treacherous environments, every time. The body is constructed of rigid, high-strength magnesium alloy for rugged performance and features a grip design for easy finger placement and reduced hand fatigue. Its shutter has lightweight, carbon-fiber blades, and is rated to maintain up to 16 fps performance without compromise, for up to 400,000 cycles. The EOS-1D X Mark II and accessories like the new Wireless File Transmitter WFT-E8A have extensive gasketing for improved dust and water resistance, even at their connection points.