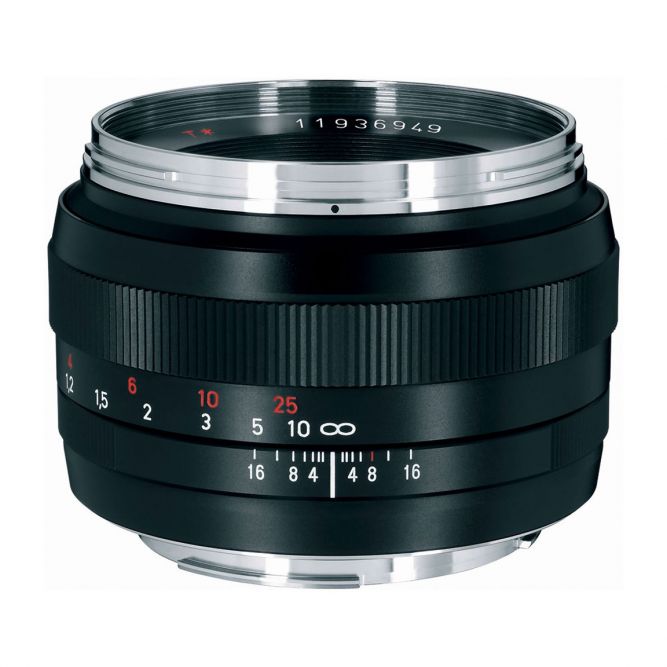 The Zeiss 50mm f/1.4 ZE (Canon EF) or ZF (Nikon F) Planar T* Lens is a high-speed standard lens for the exacting 35mm HDSLR shooters. Considered by professionals to be one of the world's best HDSLR lenses (if not the best).

For the ZE model, all existing exposure programs (P, AV, TV, M) and the AF verification function of the camera are supported, and lens information (focal length and speed) is passed on to the camera. Certain functions that require the use of AF lenses (various subject programs, A-DEP) are partially unavailable.

The ZF model feature an electronic interface (CPU) that enables support of all important camera operating modes such as shutter priority, aperture priority and programmed auto exposure or manual exposure settings. Photographers no longer have to set the parameters in the camera menu as the lens now transmits standard data such as focal length, speed and the aperture setting to the camera. This data can then be viewed in the EXIF data of each picture. They have a mechanical lock on the aperture ring to lock the aperture ring at the lowest setting and prevent unintentional adjustment while taking pictures.

The Planar lens with its front-and-back symmetry was invented by Dr. Paul Rudolf and is one of the best-known Carl Zeiss T* lenses. It is remarkably effective in eliminating aberrations and possesses very high definition allowing contrast in the subject to be faithfully reproduced.