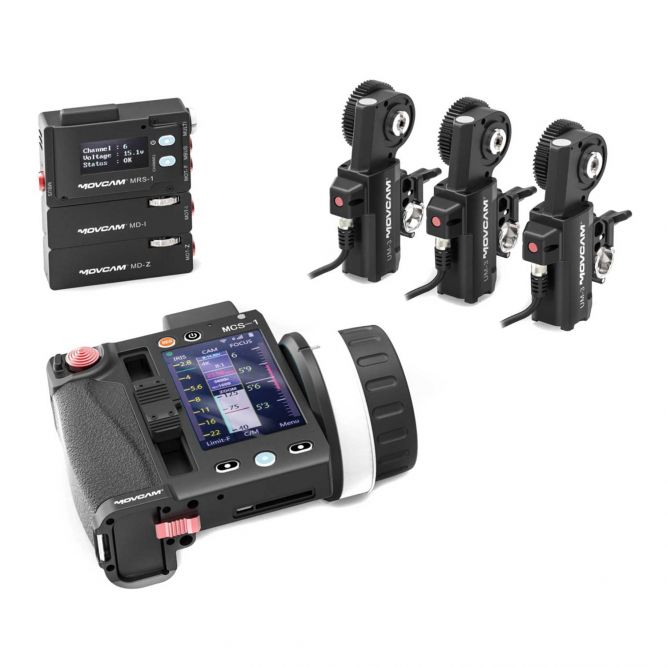 Movcam's dedication to smooth functionality and intuitive design has created a no-compromise system with superior performance when compared to other systems currently on the market.

The MCS-1 Hand Control Unit features a 3.7 inch OLED touch screen with two control modes so you can operate either wirelessly, or hardwired to the camera. The controller also gives you real time display of lens data and the ability to recall pre-programmed lens data from an SD card. This data is also user definable, so you can set up your own specific lenses and recall them at the touch of a button.

When shooting with a RED, the handset offers wireless camera control of a variety of settings as well as the ability to control both focus and iris of EF lenses when using the Canon mount without additional lens motors The system will be able to operate Canon and Fuji lenses, such as the CineServo and Cabrio series, using the servo motors that come with those lenses. The cables for those lenses will be arriving soon.